It used to be a plastic floor. The old-fashioned green vinyl tiles were used to cover the floor. Since my mother preferred while colour, we changed it to white tile floor during renovation. The room looks brighter then.

Alice is the eldest sister in her family. When she was small, she lived with her family in the slope between Victoria Road and Pokfulam road, now next to St. Paul’s College Primary School. Her father is an owner of a local store there. She recalled that there were other stores like garage along Victoria Road. The dessert restaurant there was also quite popular among the residents of Wah Fu Estate. However, when the government continued to develop the area around Wah Fu Estate, her family was demanded by the government to move out as their occupancy was found illegal. Her family was thus allocated a flat at Wah Fu (II) Estate.

Alice spent her teenage years at Wah Fu Estate. During the interview, Alice showed us some photos that she took with her friends at Waterfall Bay. But she said that she did not have many chances to wander around Wah Fu Estate when she was young. She went to Waterfall Bay only when she had friends visiting her, where she found it a nice place for visitors to enjoy the nice scenery of Wah Fu Estate.

Alice moved out from Wah Fu Estate for quite some years. However, after suffering from emotional breakdown and being laid off during the economic downturn in 2009, she moved back to Wah Fu Estate and lived with her mum and sister. They decided to renovate the flat. Her mum did not say much about renovation, but she chose white tile for the floor. She said that this would make the room look brighter.

Alice’s mum passed away several years ago. She has also recovered from her mental illness and began with a new job. She is now living with her nephew. As they no longer need so many rooms, they decided to renovate the flat by dismantling the partition on one side of the flat. The beds are kept, but she is thinking of replacing them with a sofa soon. Two rooms on another side of the flat are kept as their rooms. In particular, Alice kept the white tiles on the floor, which always made her recall the memories with her mother in this flat. 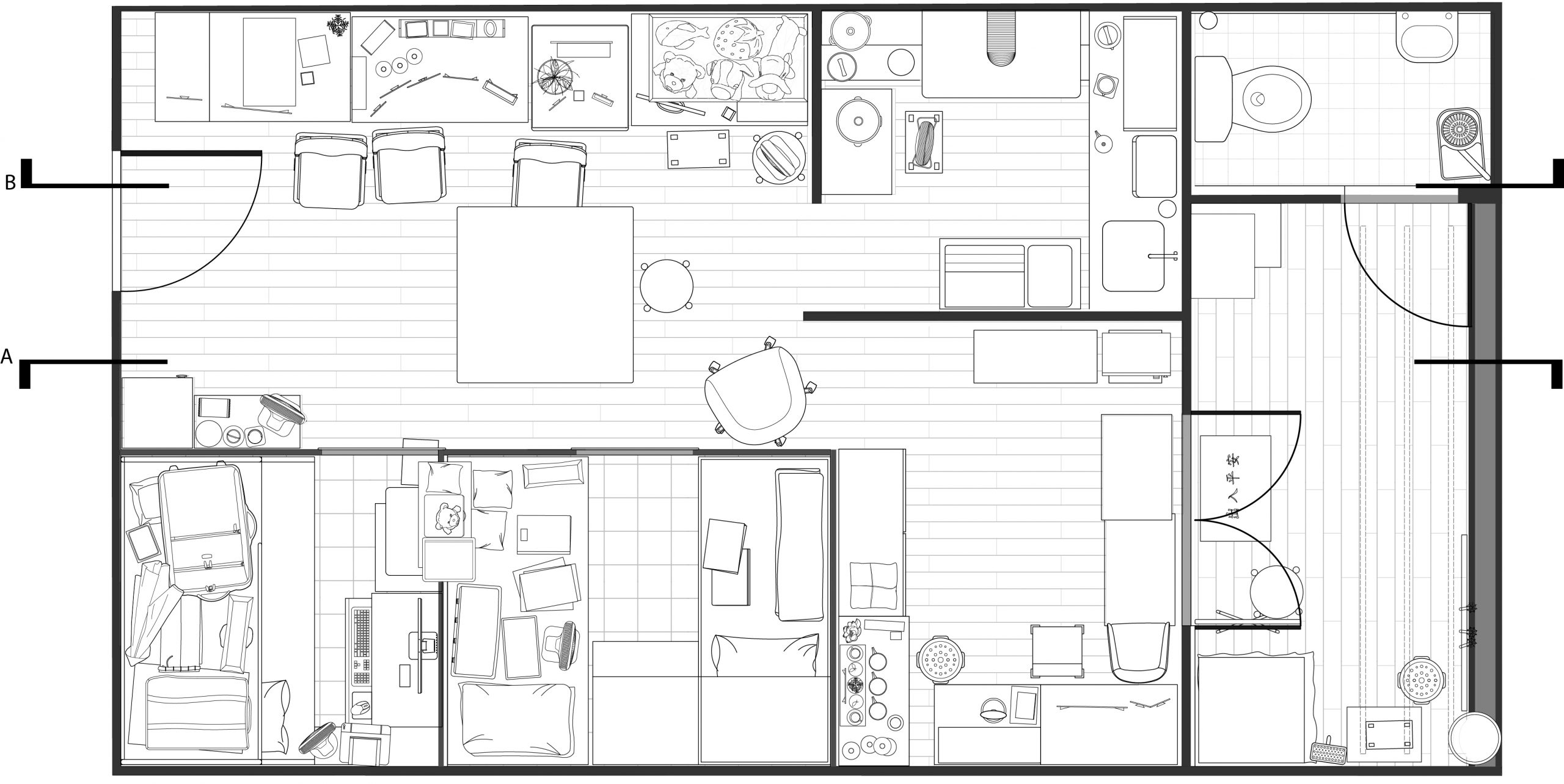